Travel Diary: If You're Wondering How My Contiki Mexico Trip Went…

It's warmer than I expected up here. And calmer. The sun is strong on my arm through the slit of my window seat, magnified as it rises high over the Earth I'm not touching. Just two hours ago, I was freezing, my pores raised high on my even skin and my hairs standing straight. One degree outside, I believed, but I came outside dressed for 65 so that when 77 hit me in the face, it'd be a smoother transition. There's no one sitting in between me and Ms. Matilda. Okay, I'm more than positive that isn't this older woman's name, but her stature is sweet and her nature warm, like a Matilda. When I first climbed into 18A and she in seat C, she turned to me with a smile (and I returned a half one as I was greedily slurping meh-seasoned chicken soup from a plastic spoon), saying, "Now, is that as delicious as it looks and smells?" "Not really," I replied with a laugh, before she insisted it must be better than the hardboiled egg she had for breakfast. Such a Matilda. Anyway, we're sharing the middle tray tabs in our row to house our juice, tea and coffee. My belly is unexpectedly full. I forgot that some airlines still serve "complimentary" meals for long, international flights, so it feels like AeroMexico is spoiling me a little bit. As an added bonus to the birthday treats. You know, in addition to just up and buying a solo ticket to Mexico to hopefully make friends with a scattered origin tour group. Some people are coming on this trip from Korea, Australia, New Zealand and other parts of the U.S., and the nerves aren't quite hitting me now, but I'm sure once I touch down, the mariposas will begin.

Ah well, I've got some hours. In the meanwhile, the white down blanket of clouds is soothing me, soft, straight and constant as if they go on to infinity. Forever and ever and…

Hold on just a damn minute. We're about an hour outside of landing when the concession stand rolls by with peanuts and beverages. "White wine?" Hell yes I will have a free glass of white wine (and a cup of water)! Matilda, pleasantly surprised herself, glances over at me with a smirk one might find in Sin City and holds out her hand to receive her glass of wine. "When in Mexico…," she begins before raising her glass over the seat to cheers with her engaged daughter in the row behind us. Yes, cheers to Mexico, I toast in my head before taking a sip. AeroMexico has won my heart. 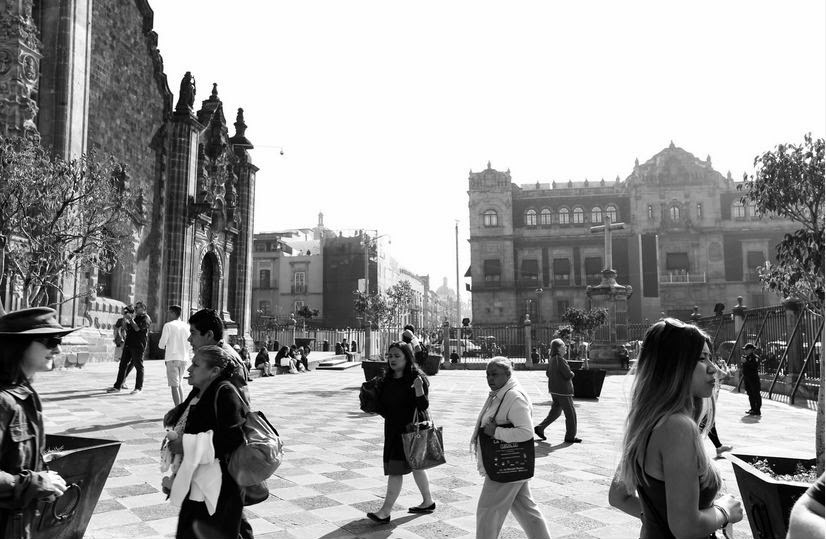 I've spend less that 24 hours with these strangers and I already know I need to do another Contiki before the year's over. Especially solo. After taking in the sights on my taxi ride to the Zona Rosa Hotel, I learned that I'm the only American out of 20-something travelers besides my LA roommate, Suzanne. What are the odds that she'd be in my room? And she's a Pisces at that. (Cancun is going to be a movie due to all the Pisces on the trip celebrating birthdays). Other than that, this luxury tour bus is full of Aussies and Kiwis. There are a couple from Tasmania, one from Korea and one Canadian, who has her professional camera out and about like me. I don't know more than 10 peoples' names so far, but it's easy to feel like friends here. They nearly convinced me to boss up and eat a grilled cricket, but as soon as it hit my tongue I freaked out and spit it out. I'm proud of myself for getting that far. Ish, our tour guide, held out a bag full of them in my face and I swear I nearly screamed. Good times. I'm starting to feel the local Mexican coffee hit me now. It was super strong but so good. Brewed with sugar and cinnamon? America, get on it. And the chocolate filled churro I had? Heaven. Anyway, we're driving to the pyramids of Teotihuacan right now, passing through the parched grass of what looks like the country side. Lots of torched earth and space on one side, rubbly short houses on the other. 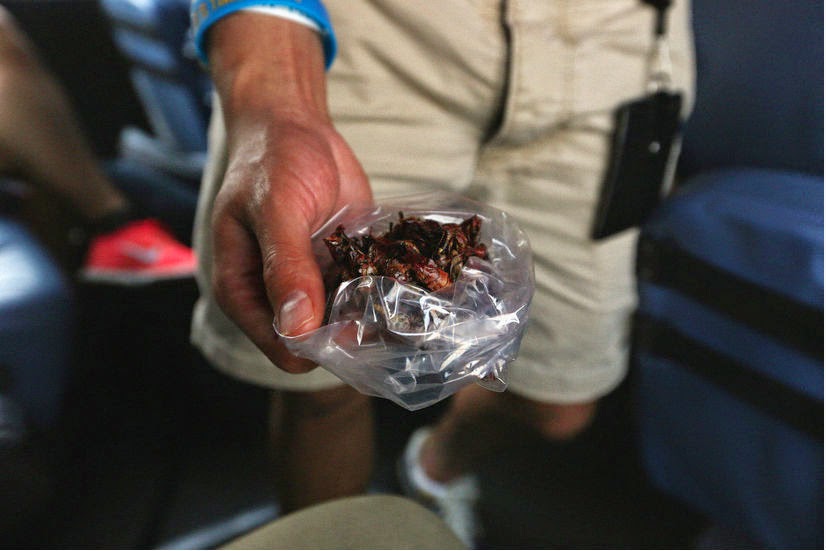