I won't forget the day that Frank Ocean came to town.

All afternoon, people alternated between sitting, standing, leaning and crouching outside of D.C.'s 9:30 Club. The line -- peppered with American-flag bandana wearing Stans, pseudo-hipsters and Urban Outfitter frequents -- started as early as noon. At 7 pm, when the doors opened, the masses piled in excitedly, only to wait a little more.

The rumor of him not coming on until 9 p.m. (or later) circulated like catch-fire, and people switched from foot to foot to dilute the swelling pain in our ankles and foot bottoms, myself included. I couldn't imagine the fate of those wearing heels. I was pissed because they wouldn't allow professional cameras into the venue 'per the artist's request,' the girls behind me were squealing in excited decibels for a solid hour before he came on, and a wave of fatigue (the itis) came over me.

The house was packed, and impatient fans were hot and bothered. Everyone's minds seemed to be in the same place. It was 9:02. "Where is he? If he doesn't come on 'til..." The lights dimmed mid-sentence. The crowd went batshit. All previous ailments were numbed as the man of the hour made his way up the side of the stage, with his staple headdress knotted just so. He walked past the stack of flickering television sets decorating the stage and took a seat on the stool that was patiently waiting for him. And suddenly the room was ORANGE.

Email ThisBlogThis!Share to TwitterShare to FacebookShare to Pinterest
Labels: reviews

I Bet You $5 You Don't Know What's Playing in Your Headphones....

Think of all your favorite artists and favorite songs of today. What's you're favorite music genre?

Yeah, you're incorrect. It doesn't matter what you did or did not manage to utter out.

It's null and void because today's music is genreless.

You like good ol' Frank Ocean don't you? Well, did you notice that on iTunes he lists his albums as a different genre each time? The Lonny Breaux Collection was listed as "R&B." nostalgia, ULTRA was "bluegrass" (wtf). And channel ORANGE, "pop." NONE of these titles relate to the sound. But I bet you didn't look or think twice about that and you're still playing "Pyramids" and "Pink Matter" at least twice a day. Frankie falls into no categories, and he said it himself.

In a recent interview with Respect Mag, he responded to Elliott Wilson's question:: How do you categorize yourself? I know you’re not too comfortable with the R&B label.

"I just think R&B is so racial. I’m going to borrow a line from Duke Ellington and say it’s “beyond category.” Pharrell has told me to say I’m a singer/songwriter, because that’s what I really am. I don’t want to step off into the “Don’t label me because I’m black” realm, but I would say any artist that is killing it right now has long since abandoned genre and expanded past certain labels."


Mr. Breaux's not the only one floating in this boat. It's getting harder and harder to categorize our artists.

Somehow, I have been cruelly tricked into believing that at this point and time in my life, I should be at my prime.

Collegiates: STOP FEEDING EACH OTHER THAT BULL.

That's some evil thinking, because at 22 and such, we should be at the starting line. Excited. Not defeated.

I was scrubbing the shampoo out of my 'fro in the shower when I started thinking about where I was in terms of developing my career and my brand. I was marveling over some of the cool accomplishments of my friends as of recently. Then I was scorning myself for not being IT right now.

So, if you're not part of a "community," where do you fit exactly? 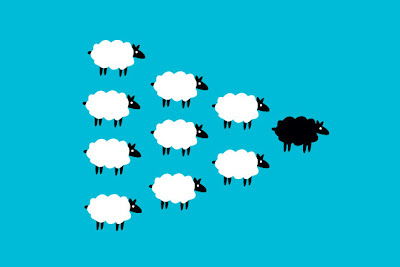 When Solange cut her hair, she was unofficially recruited into the natural hair community, although she denounced the hell out of that once someone commented on her picture saying she was in desperate need of a twist out. Rude.

Then, the second Frank Ocean stepped his big toe out the closet, the whole LGBT community welcomed him with open arms into their kumbaya circle and claimed him as their own (which is great, because he just stepped up as a beacon of light to people who found too much comfort in the darkness of their closet). But still, quickly snatched into a social circle.

And if I were to ask you who Asher Roth is, what would you say? White rapper. Machine Gun Kelly? White rapper. Kreayshawn? White girl rapper. Eminem? One of the greatest rappers of all time.. that happens to be white.

As a race -- the human race -- we sure do love to categorize.

I Love Him, He Loves Hims.

It's July 4th, and I'm kind of heartbroken.

Frank Ocean, the musical love of my life and my long lost soul mate, clarified all questions lingering in the air about his sexuality. His first love, which he described so vividly and craftily in the official Thank You's for his album Channel Orange, was indeed of his own gender.

I'm sad, but only because I convinced myself that I was in love. Now, this is huge news. Usually, I get upset when people huddle around their computers and deem things like this worthy of "news," but in this case, it was different.

It mattered so much because he was loved so much. His music had still has the ability to woo you, rouse your spirits, and reach past the ratchet that inherently lives in all of us and nudge our souls. Okay, I'm being dramatic. But that's what his music did for me.

It was real. Authentic. Genuine. And people, girls and guys alike, F'ed with that. This change, or realization rather, was magnified for us because, as an artist, he mattered and was worth a damn. 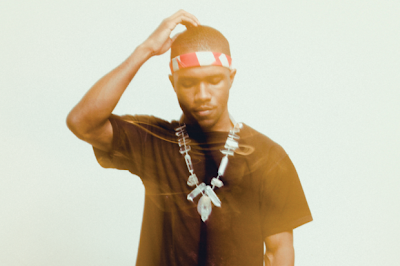 Playing Dress Up (an oldie but goodie)


Wow. I was rummaging through my files and found this old thing from junior year of college. I wrote this for Professor Lawrence Kaggwa, arguably one of the most difficult and dream crushing professors in the journalism department. He gives out D's like candy on Halloween.

This baby got a B.

It was a joyous occasion. Read and enjoy!

5 p.m. laughter from students freed from final examinations erupts outside of my Howard Plaza Towers dorm room window. It’s a foreign noise to me, having not left my room or hung out with friends in 10 hours. My mouth is dry from reading my Reporting and Writing articles aloud over and over to make sure they sound perfect. My eyelids are sore and heavy from hours glued to my computer screen editing pictures from a photoshoot I did for a classmate’s marketing project. My mind is tired from struggling through Dr. Carr’s book assignment, “Black Marxism” by Cedric Robinson. I am starting to feel defeated. One more paper to go, I tell myself, but I need to step out for a break. I get up from my desk, shake the numbness out of my legs, throw on some street clothes, grab my bag, and drag my feet over to the full length mirror.

I don’t see my weary self. Instead, a confident image stares back through the mirror at me. I blink my heavy and swollen eyelids, but her dark, alert eyes stare back, piercing. I raise my arm to feel through my naturally coiled tresses, yet she pushes back her bone straight, jet black hair behind her ears. I lower my hands to loosen my cream cotton scarf, as I see her snugly fastening her crimson cape around her neck. With a furrowed brow, I tilt my head to the side and examine the reflection of my oversized old gray sweatshirt. I touch my chest; her hand grazes across a block letter ‘W’ printed across her bosom. On the outside I appear to be the typical stressed college student, but when I see myself, I see Wonder Woman.